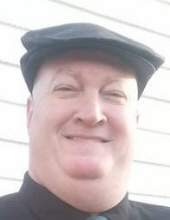 Tim was born on August 31, 1965, to Vernon and Sharon (Stiles) Morgan in Chula Vista, California. He attended school in multiple states. After finishing high school early, he joined the United States Air Force. He served as a Senior Airman E-4, until early 1991, he earned a good conduct medal and several ribbons. Tim was united in marriage to Denise Pigsley on April 9, 2005, at the Webster City Church of Christ. He went back to school with a double major and earned his bachelor’s degree at Buena Vista University in 2012. Tim worked as an over the road trucker for local businesses. He loved doing leather work and eventually opened his own business Good Works Leather in Webster City and Kamrar. He was a member of the Community Church of Kamrar, and the Webster City American Legion Post 191.

Tim enjoyed computer golf, animals, especially Basset hounds and Mopar cars. He was a serious Bible study student and would take time out of his day to tell anyone how great his Savior is. His family was super important, and he would often tell people about them.

His family includes: Denise, his wife of 16 years; four children: Jessica (Austin) Shuman of Hamilton, IL and their children Evelyn, Abigail and Liam; Justin (Christine) Morgan of Statesville, NC; Samantha and Sean of Kamrar; mom Sharon Santo of Washington; and several brothers and sisters. He was preceded in death by his father; one brother; and Uncle Jerry Stiles.
To send flowers to the family in memory of Timothy Morgan, please visit our flower store.