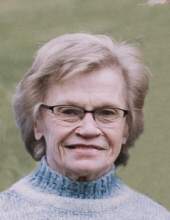 Trudy I. Helton passed away on January 21, 2020. Trudy was born on March 29, 1947 and raised on a farm outside of Webster City, Iowa where she developed many of her caretaking gifts as the oldest of seven siblings. She graduated from Webster City High School in 1965. On April 1, 1966, she married Melvin (Butch) Helton and they remained married for almost 53 years before Butch passed away in early 2019. A Celebration of Life will be held at Boman Funeral Home in Webster City on Saturday, February 1st from 11 a.m. until 1 p.m. In lieu of flowers and memorial gifts, the family asks that everyone please consider a donation to organizations supporting those with Alzheimer’s/Dementia or Autism.

If you knew Trudy, you know that she loved her children and grandchildren more than life itself. Her love for them was repeatedly spoken and revealed by her countless sacrifices for all of them over the years. Time and time again, she overcame whatever hurdles life threw her way in order to do whatever was necessary to make her kids and grandkids smile. They are all who they are now in large part due to her many sacrifices and the lessons she provided them through her words and actions.

And if you knew Trudy, you also know just how much she loved shopping at the Fareway store in Webster City. Over the past several decades, she shopped there on a weekly basis without fail. To her, it was more than just a trip to the store to get groceries. It was a social outing and she would often spend hours in that store visiting with friends (she got her love for great conversation from her Dad). If she ever failed to return home from Fareway within a couple hours, her family knew it was either because she ran into some folks she knew or because she had a coupon for every single item in her cart (she was highly skilled at couponing), or both.

If you’ve lived in the Webster City area and are under 35, there’s a good chance that you (and possibly your children) spent some time being cared for by Trudy in her in-home daycare which she operated for more than three decades. She poured her heart and soul into the multiple generations of children who came through the doors of her daycare. And, as a result of her years of loving care for so many, there’s undoubtedly hundreds of kids and young adults out in the world (including her grandkids) using the phrases “Sharing Is Caring” and “I Must Be Patient” which she repeated thousands of times over the years.

One the hardest decisions Trudy ever made was the one that resulted in her retirement in 2019. She gave so much to so many children and it was extremely difficult to let go of something to which she was so clearly called by God. Following her retirement, however, she wound up thoroughly enjoying her daily trips to Hy-Vee for coffee with friends, including her lifelong friend, Sandy Lavender.

Trudy’s legacy and her love for so many will definitely live on and we will one day see her again in Heaven. Until then, as she would say, we all “Must Be Patient”…
To send flowers to the family in memory of Trudy Helton, please visit our flower store.