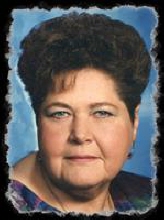 Vinita Ellen Boman Cady, the daughter of Albert Rudolph Boman and Leonore Gettis Boman was born February 24, 1936, at her parents farm home, in Winnebago County.  Her only sibling was brother, Arlyn Peter Boman I.

On September 14, 1968, Vinita was joined in marriage to Carl Sheldon Cady, Jr, at First Baptist Church, Forest City.  They adopted two sons, David Cady in 1972, and Stephen Cady in 1973.  Their Seattle home had a direct view of Mt Rainer from the kitchen window.  In 1996, the couple moved to Vista Village in Lacey, Washington.  They made Neighborhood Missionary and Alliance as their church home.

Vinita was a member of TOPS (Take Off Pounds Sensibly) for 50 years.  She was very active in the PTA program at the boys' school, took lessons in cake decoration, did much sewing of clothes, knitting, flower arranging, making jewelry, creating greeting cards, and relaxing by embroidering.  Her love of traveling took her to many European countries and India.  She would have liked to make a second trip to Israel
.
Carl passed away in 2003, the same year Vinita was diagnosed with CREST Syndrome, a multiple disease affecting many areas of the body.  In 2007, Vinita began a tedious regiment using medication to treat Pulmonary Hypertension.  She was told most patients can sustain life for three years.

Vinita realized her need for forgiveness of sin and chose Jesus Christ as her Savior at the age of 9. Vinita's last journey was taken Wednesday, November 4, 2015, as she entered the presence of the Lord, a promise of eternal life given those who accept God's offer of salvation.  John 14:6   "Jesus said, I am the Way, the Truth and the Life.  No one comes to the Father, except through Me".  Many fellow believers were present to greet Vinita, including her parents, husband and brother.

Vinita's very obvious faith in God was far reaching, blessing the lives of her sons, her sister-in -law, Elizabeth Boman, her two nephews and her niece along with their families, so many friends, extended relatives, co-workers, several incarcerated men she contacted by letters.  "Well done, good and faithful servant!"  Matt 25:21


A Memorial Service will be held on Monday, November 23 at 11:30 AM at the Sojourn Community Church in Lacy. The Cady Family chose Boman Funeral Home, Webster City, Iowa, to care for their needs.
To send flowers to the family in memory of Vinita Cady, please visit our flower store.