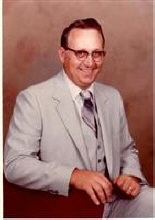 Wayne E. Smith, 75, of Webster City died Wednesday November 4, 2009 at Hamilton Hospital in Webster City.  His funeral service will be held Monday at 1:30 PM at the Boman Funeral Home in Webster City with Rev. Linda Bibb officiating.  The visitation will be Sunday at the funeral home from 2-4.

Wayne was born to Raymond & Clara (Tuhn) Smith in Grand Junction, IA on June 28, 1934.  He graduated from Grand Junction High School.  He became a telegrapher for the Chicago Northwestern Railroad. Wayne married Jan Beier in 1967 in Grand Junction. Wayne worked for Methodist Hospital in Des Moines.

In 1969 they moved to Webster City where Wayne worked for Electrolux for 24 years.  He was a member of Asbury United Methodist Church and the Moose Lodge both of Webster City.  Wayne enjoyed crocheting, fishing & camping.  He loved spending time teasing and playing with their nieces & nephews.

He is survived by his wife of 42 years (Jan); three sisters Donna Lea Schofield of Scranton, IA, Collene Andersen & Gale Hicks both of Rippey, IA; two brothers Lloyd of Rippey & Dennis of Grand Junction; and numerous nieces & nephews.
To send flowers to the family in memory of Wayne Smith, please visit our flower store.