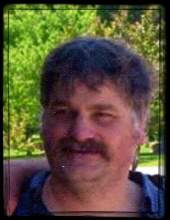 William was born on February 7, 1962, in Minneapolis, MN to Larry and Carol Ann (Mize) Campeau. Bill married Robin Schnell at her parents home in Minneapolis, MN on June 20, 1981. The couple raised their family in Minnesota until they moved in 1990. He was employed at Uncle Bee Bagel in Ellsworth. In 1998 he started working at Electrolux and was there until it closed in 2011. He then studied Automotive at Iowa Central Community College.

Bill enjoyed pencil drawing, collecting DVD movies, and listening to classic rock and roll. He was a devoted “PaPa” (grandfather) and enjoyed tormenting his children by playing Michael Bolten songs.