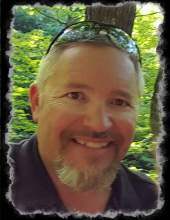 William “Bill” Dodge, 51, of Webster City, passed away on Friday, February 28, 2020, at his home. The family will receive friends and relatives on Sunday, March 8th from 3:00-5:00 PM, at Boman Funeral Home (www.bomanfh.com), in Webster City. A Celebration of Life will be held at Grace Evangelical Free Church in Eagle Grove on Monday, March 9th at 10:30 AM.

Bill was born on May 5, 1968 to Russell and Barbara (McCutcheon) Dodge, in Sioux City, Iowa. He graduated from Eagle Grove High School as a proud member of the class of 1987. He graduated from Iowa Central Community College, Fort Dodge, with an associate degree in Marketing. He spent many years in the grocery industry as a meat cutter with Fareway and Hy-Vee. Bill strived to be his best in everything he did which is what turned his love for camping into his niche for selling campers at GoodLife RV in Webster City. Bill considered selling as his ministry in which his customers became his friends and he treated them as family. He developed and organized an annual camping reunion for the company’s customers for 10 years in which he deepened his friendships with the customers. He was proud to have achieved 5 levels of training with Soebel University refining his sales skills. In 2019, he was recognized for top sales (for the second straight year) and top volume for the Webster City location. He was recognized nationally in October 2019, by Grand Design at their sales training in which casino night of the training is now known as “Bill Dodge Casino Night.”

Bill began his friendship with Kelly as a junior in high school. This is where the fairytale love story began. It didn’t take them long to fall in love and he enjoyed telling people he married his high school sweetheart that he took to both his junior and senior proms, accompanied in the graduation march, and met at the end of the wedding aisle. Bill and Kelly were united in marriage on July 23, 1988, in Eagle Grove and both would tell you 31 years of marriage isn’t enough. He was affectionately nicknamed “Billiam” by Kelly and spent his life showing her he was her Superman always striving to protect her. He would sing karaoke at Kelly’s prompting and persistence with his favorite song to sing being Jimmy Buffett’s “It’s 5 o’clock Somewhere.”

Bill and Kelly were blessed with children Kristine & Matthew, Brittney & Elena, and Zach. Bill considered being a husband and father a privilege. He was honored and passionately loved the day he became a Papa to Isaac. No matter how poorly Bill was feeling a FaceTime call with Isaac would bring a smile to his face and a twinkle in his eye only Isaac could bring. A bond and love immeasurable existed between the two of them. Bill had a love for the farm and enjoyed going to his Uncle Delb’s and Aunt Marilyn’s which is where he would find peace and tranquility. Some of his favorite times were the annual Dodge family reunion on the farm which would span 2-4 days.

In Bill’s free time, he developed a love for riding motorcycles which he termed “windshield therapy.” While Bill considered everyone his friend and was blessed with many good friends, he had three especially close friends his cousin, Dan, Theo, both whom he considered close as brothers and Kari, his General Manager, whom he considered more of a little sister. They shared the same Birthday – 10 years apart. He enjoyed text jabs with Dan and Kirstin and always smiled when Dan would call. His time with Theo was often the highlight of his week and just remember him telling Theo “it’s not all about you” many times and affectionately calling him a jerk. He loved his family deeply and enjoyed spending all the time he could with them.

As deeply as Bill loved his family, he loved God and demonstrated his relationship with Jesus throughout his life and strongest while on his journey battling cancer. Bill said from the time of his diagnosis that it would all be worth it if just one person would come to know Jesus through it. Bill loved serving the Church in various roles most recently on the worship team. He enjoyed his Thursday evening bible study group as well as being part of his local Grace Group bible study. Bill’s favorite verse was Joshua 1:9 “be strong and courageous for the Lord your God is with you” which he lived out only showing positive and good often telling others “I feel pretty good” in some of his toughest days. His favorite song was “Old Church Choir” by Zach Williams. Bill had a zest and passion for life and kindness that came so naturally that his friends coined the phrase “Bill Dodge nice” which set the benchmark for acts of kindness. He was also a member of the Main Street Kiwanis and enjoyed just being good to others and would give the shirt of his back to help anyone.