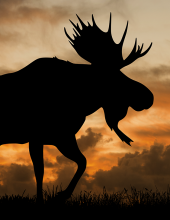 William Gustaf Eklund, 86 of Webster City, died on Monday, August 8, 2016, at the Van Diest Medical Center. The family has entrusted Boman Funeral Home (www.Bomanfh.com) to care for their needs. A private family service will be held at a later date.

William was born on September 23, 1929, in Waterloo, New York to Gustaf and Katherine (Kehr) Eklund. He served for 5 years in the US Navy. William married Margaret Truett on May 30, 1968, in Alaska. William was a lineman and telephone installer for nine years in New York, and 40 years in Alaska. He and Margaret moved to Webster City in 2005.

Bill was a member of the IBEW, he loved hunting and fishing and used that skill to feed his family. Over the years he has successfully hunted 38 moose.

His family includes: Margaret, his wife of 48 years; daughter Christine (Bruce) Tisland of Fairbanks, AK; three sons: David (partner Rebecca) of Fairbanks, AK, Scott of Oneida, New York, and Darin (Ayn) and their sons Ty and Travis, of Webster City; two stepsons: Steven (Mari) Larson of Webster City, and Eric (Beverly) Larson of Fairbanks, AK. He was preceded in death by his parents and son Mark in 1971.
To send flowers to the family in memory of William Gustaf Eklund, please visit our flower store.