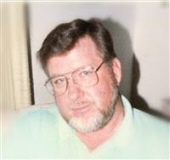 William “Bill” Lee Murra, 78 of Webster City, died Monday October 26 at the Paula Barbar Hospice House in Fort Dodge.  A memorial service will be held on Tuesday November 3 10:30 AM, at the Webster City Church of Christ.  Boman Funeral Home (www.Bomanfh.com) is serving the family.

William was born on December 29, 1936 to Caius and Tena (Daniels) Murra, in Franklin County Iowa.  Later the family moved southwest of Ackley into Hardin County where he attended country school through the 8th grade and then Ackley High School graduating in 1955.