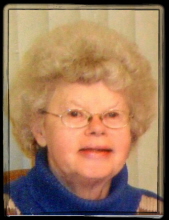 Wilmadeen Rust, 83, of Webster City, died on Wednesday, October 10, 2018, at Southfield Wellness Community in Webster City. The family will receive friends and relatives on Saturday, October 13, 2018, at Calvary Baptist Church from 9:00-10:15 AM followed by a Funeral Service at 10:30 AM at the church. The family has chosen Boman Funeral Home (www.bomanfh.com) to care for their needs.

Wilmadeen was born on September 6, 1935, in rural New Hartford, Iowa to George and Anna (Havinga) Rust. She attended school in Webster City, graduating from Lincoln High School in 1953. After graduation, she began her employment with the National Chiropractic Association until they left Webster City in December of 1964. She then worked for Brin’s Furniture for the next ten years, and in January of 1975 was hired as the Hamilton County Deputy Recorder. She began working for the Webster City Federal Savings Bank in January of 1984, retiring December 31, 2000.

After her retirement, Wilmadeen was a Meals on Wheels driver for several years and played the piano at Southfield Care Center weekly for Gospel Hour. She was a member of Calvary Baptist Church, where she served as pianist and church clerk.

Wilmadeen’s family includes several cousins and many friends. She was preceded in death by her parents and one brother Norman Van.
To send flowers to the family in memory of Wilmadeen Rust, please visit our flower store.